In 1921 a Yeomanry Hut used in Minehead as a hospital for the wounded of the First World War was re-erected in Brushford on the land given by Lord Carnarvon to serve as a Parish Room, and for many years it hosted activities from dog classes to dancing and playgroups to Women’s Institute. When its roof was condemned, an enormous local effort was put into raising funds for a new Parish Hall, which opened in 1993, and now houses an even wider range of activities than the old hall.

The hall was designed by Penrose Architects, and with low maintenance costs in mind, was built by Roger Lazarus, a member of the Parish. The project cost £185,000; Local Authority grants amounted to £63,000 with £20,000 from the Rural Development Commission. Groups, individuals and a number of private trusts, supported five years of fund raising events so that it was only necessary to borrow £12,000 to complete the hall.

Mrs Toni Jones, representing the Cave Foundation (a principal benefactor of the new hall), formally opened the new hall on Friday March 19.  There were representatives of all the many organisations and individuals who also contributed towards its success. Members of the St. Aubyn’s School orchestra and a number of local soloists provided music.

Movement of people and the influx of newcomers have reduced the use of local dialect, but there is great interest in local history. A parish map has been compiled and is displayed in the Parish Hall. 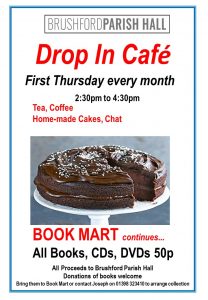